The Battle of Ideas returns to Berlin for a day of debates on three high-profile issues of our time.

The Battle of Ideas is a weekend of lively debate and discussion on today’s most pressing political, cultural and artistic issues that takes place at the Barbican in London. Alongside the festival in London, we run a large UK and international programme of satellite events, covering cities and towns from Liverpool to Athens, Leeds to Stockholm, Birmingham to Lisbon, as well as Berlin, Warsaw, Edinburgh and many more.

Coming at a crucial time for politics and society, the Battle of Ideas is the forum to get to grips with the current political maelstrom. When the world seems more divided than ever, the festival will be a living example of the importance of frank, serious but respectful public debate.

The debates are organised by the Academy of Ideas in London, in cooperation with Freiblickinstitut, Berlin.

All debates are in English. Tickets are €5 (for all three debates) and can be purchased via Eventbrite. There is free entry for students and pupils.

Despite the great hopes of 1989, some argue the old Cold War divide lives on in mentalities and preferences. What has gone wrong if, after three decades, there are still divisions in Germany? Are the divisions that really matter social, economic or cultural as much as geographical?

Earlier this year, the Court of Arbitration for Sport (CAS) ruled that women with naturally higher levels of testosterone cannot compete in women’s sport events. What does this mean in a society which sees discrimination as negative? Can there be sport without discrimination?

Fridays for Future demonstrations have been making headlines in Germany, but how can we actually decarbonise our energy usage? Do we have to rein in our lifestyles for the sake of the planet, or are there other solutions? 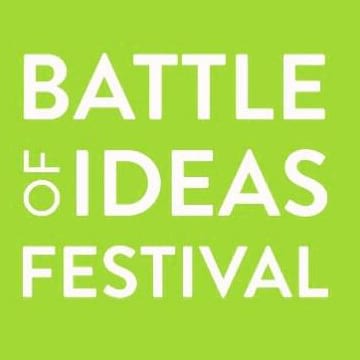